Needless to say, many traders are feeling the pain, and this is not surprising. Fed by the incessant mantra “buy the dip” and “stocks only go up”, traders are now experiencing something they haven’t for the first time…a bear market that is actually lasting more than 5 weeks.

If you’ve never experienced a bear market for an extended period of time, it only means one thing…you haven’t been trading long enough.

In this article I’m going to share with you several tips on how to profit in a bear market, including saving some key tips for last, so make sure you read this article all the way through.

Before we jump in, just a bit of context.

My trading career started in mid-2000 which was the last 9 months before the dot-com bust. Essentially, in my first full year of trading, I saw the closing vestiges of a raging bull market, followed by one of the worst bear markets in history. I learned very early on two important things about trading:

Now after having a professional trading career on the buy and sell side (Wall Street broker + Hedge Fund trader), I’ve seen a market crash or major market sell-off every two years.

Hence, below are some of my most important tips to trading in a bear market. Read them many times over and learn these well because they can help you a) avoid losing all your money and b) teach you how to make money in a bear market.

Tip #1: Why Markets Sell-off Faster Than they Buy-up

If you want to trade a bear market, you have to understand how the price action behaves differently in a bear versus a bull market.

There is a famous saying on Wall Street the “markets take the stairs up and the elevator down”. This means bull markets tend to go up slower than they go down in bear markets.

Most will say “because of fear and psychology”. While this is true, it’s only a partial truth.

Yes, when you are afraid, you will act faster (read: hammer that sell button when your stocks are crashing), versus acting slower when markets go up (“I’m good, stocks only go up” = complacency).

But this misses some other critical market dynamics as to why markets sell off faster than they buy up. And this has implications for how you can avoid taking big losses.

One of the most important reasons why markets sell off faster than bull markets go up is when prices reach their peak and start to sell off, you (and likely everyone else) are generally at your highest level of leverage.

If a stock has been going up for one, two maybe three years, did you just buy once and hold over those three years? No…you likely bought several times, thus increasing the size of your position (and thus leverage). As a whole, bear markets rarely (and I mean RARELY) happen when there is low leverage in the market because pullbacks don’t cause huge losses and dealers often are in positive gamma (whereby they buy the dips and sell the rips as a natural part of their option dealer hedging activities).

The bear’s claws only inflict a small flesh wound.

However, at the end of a bull run, when you (and everyone else) are levered up, the same cut from the bears claws is no longer a scratch, but = a gaping wound that needs a tourniquet and triage fast or you’ll bleed out.

Forgive me for saying this, but how can you call yourself a good stock investor, or ‘financial analyst’ if you lost 2-3 years of youtube income (your main income) from your stock trades in 90 days? IMO, people like this should not be allowed to give any stock investing or trading advice, but I digress.

The final points on tip #1 are:

Hence, if you want to trade profitably in a bear market, avoid being over-levered. All it takes is one trade going against you to create a massive loss.

From every bear market I’ve traded, and every market crash I’ve seen, volatility is generally a) calm heading into the top, b) starts to increase as the bear market gains traction, then c) skyrockets when the capitulation happens.

Why does this matter to you as a trader?

We’ve already covered why you need to avoid being highly levered during these times. The second point is straight forward because a typical daily move in a sleepy bull market will seem like child’s play in a volatile bear market. 2% moves do not often happen much in the S&P 500 during a multi-year bull market, but they can be quite common in a bear market.

Hence, you will need to adjust by a) having larger stop losses in terms of how far you expect the market to move, and b) reduce your position size to accommodate for the larger stop loss.

The last point from the list above (#3) is important because it requires perspective. In a consistent bull market, a 10% rally over two weeks is rare. In a bear market, this may simply be a short covering rally, so don’t get fooled into thinking a sharp rally means the bull market is back.

Tip #3: Control Risk Per Trade & Have A Max Risk Per Month

Along the lines of widening stop losses and adjusting your position size, controlling your risk ruin and having a max risk per month (read: guardrail) will help you from digging too deep a hole.

To avoid this, control your risk per trade to a fixed % of your account each and every trade.

The bottom line is, you don’t know if you’ll win or lose your next trade. If you did, you’d risk more on the next trade you know you’ll win, and either a) risk less on the next losing trade, or b) not trade it at all.

If you don’t know whether you’ll win or lose the next trade, how can you control risk or position size properly? The answer is – you can’t! Thus, you need to risk a fixed % of your account on each and every trade.

NOTE: We recommend 1% per trade, but you’ll need to figure out your risk of ruin to determine what % you should risk per trade.

Having a small fixed % risk per trade means you never have to take a big loss on any one trade. You live to hit the buy and sell button another day. Along the same lines, you should have a guardrail to make sure you don’t cause too big of a loss on any given month. This is the red-line whereby if you lose x% in a month, you stop trading, no if’s, and’s or but’s about it.

Think of your worst losing month over your entire trading career. Now imagine if you stopped trading after you hit -5%, or -9% that month? How much would you have saved if you had stopped trading at that point?

Thus, install a cut-off valve that insures you don’t blow a gasket and wash an entire account down the drain.

Tip #4: Learn to ‘Sell the Rip’ and Get Bearish

Ever noticed how a stock could beat earnings, beat on revenue, have great forward guidance, and still sell off?

That’s because of one thing – order flow. If the order flow in the markets is dominantly bearish, it doesn’t matter the ‘reason’, the market is going to sell off.

It doesn’t matter if ‘sentiment’ is dominantly bullish, if the flows are bearish, the markets will sell off.

You don’t go out to the ocean, notice the waves are breaking left and say “Yeah, I’m going to try and surf where none of the waves are going.”

That would be stupid. The same goes for trading.

In a bear market, the order flow is predominantly on the sell side. Bears are in control, so don’t be an idiot surfer and think you can surf where there are no waves.  Surf with the waves!

In a bear market, don’t blindly follow the mantra “buy the dip”. Instead, sell the rips. Trade with the dominant order flows and you’ll be trading with the largest flows in the market.

Below I’d like to show you the P&L of one my students over a 30 day trading period whereby the SPY lost 12%. And his stats during this period. Do you seem him swinging for the fences? No, he’s controlling risk on each trade.

Do you see any major pullbacks, even though he was only 53% accurate and had 8 losing trading days over that 30 day trading period? No, he risked a fixed % per trade and never was in danger of exceeding his max risk.

You’ll also notice he was short (or selling) on 75% of his trades instead of “buying the dip”.

This is consistent trading with someone who trades the price action and order flow as it appears on his charts.

I’m guessing the majority of traders who have been buying the dip in 2022 have been losing money, while those selling are making money.

Trade with the dominant order flows.

Ok I just got done talking about order flows, but there’s another aspect to these order flows. The options market has become huge. It’s now surpassing share volume on most stocks and indices on a regular basis.

That means option flows are often directing the price action of your favorite stocks.

Hence, if you want to know why the stocks are moving the way you do, you have to understand how option flows move the price action each day.

Option dealers and market makers are hedging positions every day. And in bear markets, dealers (due to their hedging activity) will have to sell shares as the market falls.

This reduces liquidity, which further exacerbates the sell-off. Hence, its just another reason why bear markets are faster than bull markets.

After you watch the full presentation, it should start to make sense why the markets move the way they do.

It should also become obvious on why you need to learn about option order flows and how they influence the price action daily.

By doing so, you’ll be trading more in line with the dominant order flow in the market, and find stronger support and resistance levels to trade from.

I often forget my first year of trading had a bull and bear market, so I never felt uncomfortable trading bear markets. In fact, most bear markets became some of my most profitable moments as I learned to take advantage of the volatility and change in price action.

However, if you haven’t been trading that long, and have only really known a bull market like we had the last decade, I can understand how this would be uncomfortable.

The first thing to do is relax so you can get your mind straight and trade the market as is. This means:

Now if you’d like to trade live with me, join my classes daily (Mon-Fri) and get feedback on your trades, check out the Benzinga option school where you get access to all that, along with my weekly newsletter, trade ideas and morning market commentary.

There’s a lot more I’d like to cover in this article, such as what specific strategies to use, how to find the best entries and exits, along with how to manage trades, but this article would easily become another 10,000 words, so it is my hope the 5 tips above give you a different perspective on bear markets, and how you (like my students) can profit from a bear market if you learn the right skills.

I hope to be working with you soon and helping you become my next profitable trader. 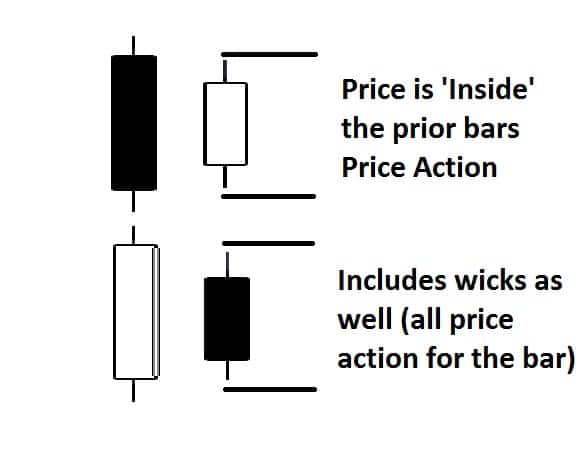 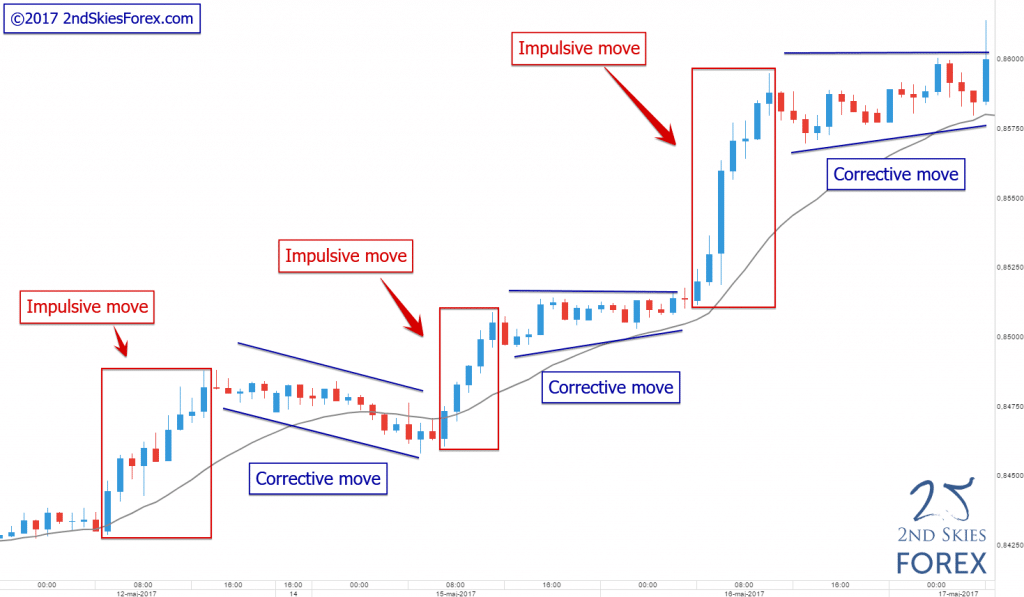